Posted by admin in Data

Some clever chaps from Oxford University have developed its own version of the driverless car that caused a buzz in the motor world courtesy of Google. It appears that they have made a better job of it also, overcoming some problems which blighted Google’s driverless project. The main problem was that the Google car couldn’t effectively deal with adverse weather conditions, but the Oxford system, which has been fitted onto a Nissan Leaf seems to have mastered the weather and is able to adapt to different conditions automatically. 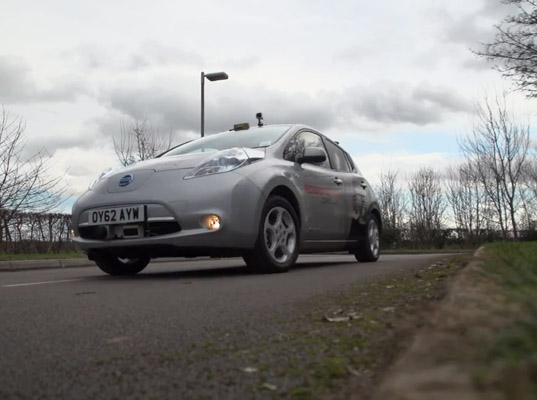 The car was apparently able to stop automatically for pedestrians using 3D scanning technology from a camera on the car roof, which is meant to be more competent than only using GPS which can struggle as satellite signals bounce off objects causing confusion.

The system hasn’t been developed to completely take over, but rather to aid the driver when it is deemed safe to do so, taking over in heavy traffic etc. It could also help reduce service and maintenance costs, as it should help improve your driving style which contributes to the overall welfare of the vehicle.

All in all it is a very exciting and interesting prospect that I shall be keeping my eye on, as this could become very common in the future, with researchers suggesting it could cost as low as £100 for installation in the future, whilst it would cost £5000 today.